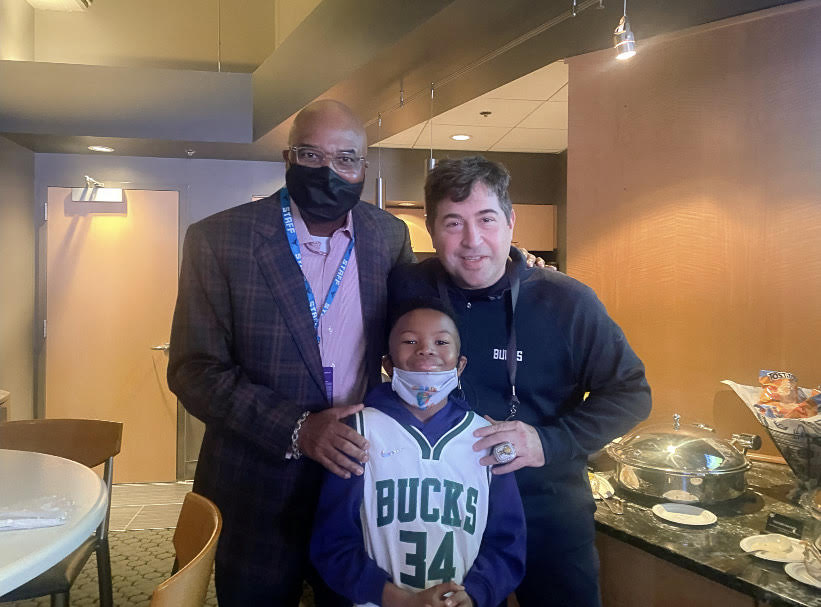 
It’s not every 9-year-old who gets invited to a NBA game by Milwaukee Bucks President Peter Feigin. But that’s exactly what happened to Bryson Best, our Kid Contributor.

You might recall that Best landed an on-camera interview with Feigin shortly after the Bucks won last season’s NBA Championship. During that interview, Feigin promised he’d treat Best to a future Bucks game.

Well, Feigin kept that promise on Saturday, when Best and his family got to see the Charlotte Hornets defeat the Buck 114-106 at Spectrum Center in Charlotte.

That was just part of Bryson’s adventure. To see what else happened, you’ll have to watch his video below.