This weekend: A one-man show that chronicles the 1849 journey of Henry ‘Box’ Brown 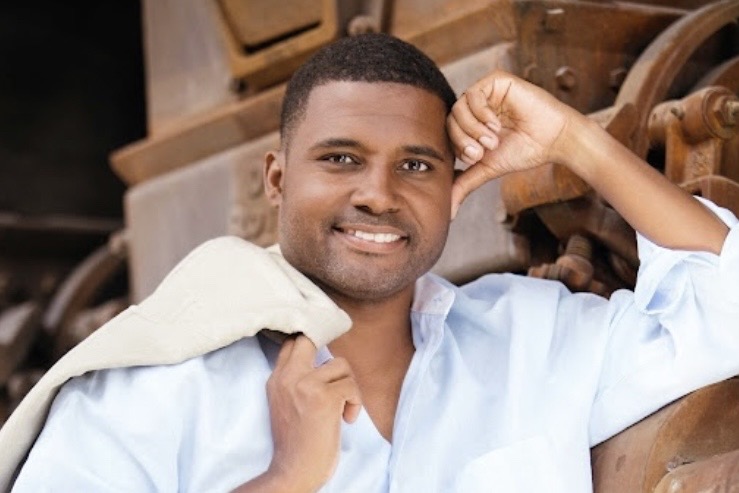 This weekend: A one-man show that chronicles the 1849 journey of Henry ‘Box’ Brown


This weekend, the actor Mike Wiley will present his one-man show, “One Noble Journey: A Box Marked Freedom,” at Children’s Theatre of Charlotte.

The performance highlights the true story of Henry “Box” Brown, an enslaved Black man who, in 1849, had himself sealed inside a wooden box and shipped from slave-holding Virginia all the way to freedom in Philadelphia.

Since 1999, Wiley, 49, who grew up in Roanoke, Virginia, has performed this show in schools, universities and public theaters across the U.S. and in Canada.

Wiley has created and performed a number of solo shows where he portrays more than 25 different characters – male and female – to highlight key events in Black history.

QCity Metro spoke with Wiley about his journey. Answers have been edited for clarity and brevity.

What inspired you to get into theater and acting?

I started acting when I was in sixth grade and continue on with it through college. Since I was a child, I’ve always been a fan of storytelling. I love stories, especially those that come out of African-American experiences. Storytelling is unique because it tells the little and big things that make us who we are as people.

What were you doing before starting your own production company?

After graduating from Catawba College in 1995, I lived in New York for a while and then Richmond, Virginia. I toured with some Shakespeare companies, did a few regional commercials and a couple of television things. I was even a production assistant on a Showtime television show.

What inspired your one-man shows?

Whenever I would audition for roles, I was always being cast as the actor who played multiple characters. One day, I sat down and started flipping through my young nephew’s history book . The book was filled with untold stories from the Black experience right here in America.

I thought to myself; instead of waiting for my next acting call, I can create my own opportunity. I knew I could write a little bit. I knew I could play multiple characters, so that’s why I decided to write my first play for my one-man show.

What was the breakthrough moment when you knew you had made the right decision?

I decided after my first draft of “One Noble Journey” [that] I was going to submit it to the National Black Theater Festival for their writing contest.

They wrote a letter back saying, “We typically don’t accept solo plays as part of our writing contest, but we are so interested in seeing this that we would like to invite you down to be a part of the festival.” That was my breakthrough opportunity, and the rest is kind of history there because I started promoting it after that.

What other characters do you play other than Henry “Box” Brown?

I have eight different solo plays that I do. Throughout those plays, I portray figures such as William and Ellen Craft, Abraham Galloway, Oliver Brown of the Brown vs Board of Education decision, Emmett Till, Mamie Till and the men who killed Emmett Till, Roy Bryant and JW Milam. I also portray Martin Luther King Jr., Rosa Parks, Claudette Colvin, Stokely Carmichael and John Lewis. Those are a sampling of the numerous individuals and minor characters I portray.

What’s the challenge in trying to master each character?

What I try to do as an actor, playwright, and historian is to portray them as truthfully and as factually as I possibly can. And the way that I do that is through deep, detailed research, but also using my own sensibilities, my own personalizations of things that motivate me and move me that I imagine would motivate them and move them to create a whole character, a human being as if they were on stage.

Though you are a one-man show, do you work alone?

No. Behind the scenes, I have a production manager that’s been working with me for 15 years. I also have an agent that handles my booking and contracts, and then there are the folks that reach out for me to perform. Because it looks like a one-man show, and it’s really easy to think that I work alone, but it’s really a team effort.

What do you hope people take from your performance?

Some teachers and some parents are afraid to really dig into some of these issues and stories that I was taught about when I was younger. Young people are in danger because people are pushing back on learning these stories because they don’t want people to feel uncomfortable or guilty.

I do this to not only entertain but educate. These are stories that folks will learn and hopefully take back and share with other people, not just African Americans, but people of all walks and cultures.