This weekend: a pop-up shop for Black-owned businesses 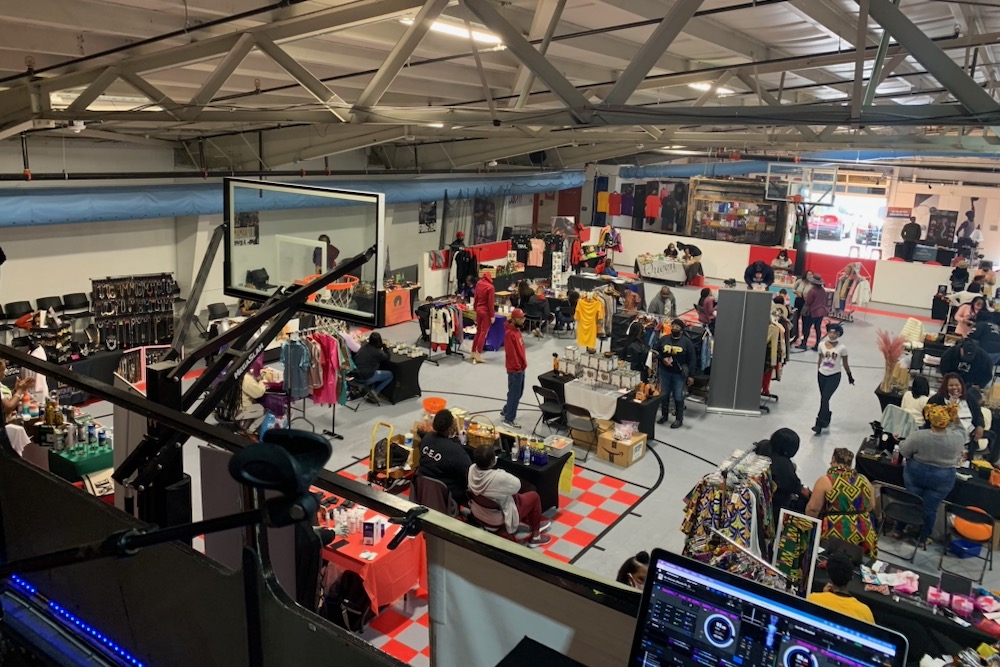 This weekend: a pop-up shop for Black-owned businesses

In 2015, Alisia Hutchinson was working for a call center in South Carolina when she decided to leave her job to become a full-time entrepreneur.

“At that time I decided that I wanted to be in full control of my own destiny and not have to wait on approval from someone for what I deserve,” the 32-year old Charleston, SC native told QCity Metro.

Now, she is the owner of five small businesses and wants to provide a space for other Black entreprenuers to grow financially.

On Sunday, Hutchinson will host the Buy Black Pop Up Shop, an event to get small Black-owned businesses more exposure in the community.

There will also be a live DJ, food and beverages, free giveaways, and free swag bags.

Her love for heels pushed her to started her first business, Shoe Heaven and More, a women’s shoe store.

She found some success after renting a kiosk at the local mall but making consistent sales and affording the cost of rent forced her leave.

Despite the added sources of income, Hutchinson said she still struggled to maintain sales and lacked exposure due to not having a permanent location.

She realized that other small business owners were facing the same challenges and decided to come up with a solution.

“I decided that I could get my business out as well as help others in the same situation as me, if we could come together and basically form our own shop.”

Hutchinson said because most of her own businesses were targeting female customers, she reached out to other female entrepreneurs to host a pop up shop in February.

While she had 33 vendors to participate, she wasn’t satisfied with the number of shoppers that came through. After several additional attempts she remained unsuccessful.

Hutchinson then created “Nxt Big Thing Charlotte”, an event planning organization, to host pop up shops that feature a variety of other Black businesses.

With this new approach, she plans each event two months in advance so that she can advertise each participating vendor through social media.

The organization hosted its first pop up shop in July. At least 30 Black-owned vendors were featured and over 100 guest attended.

The organization has since hosted at least one event each month at different venues. Hutchinson said many of the vendors reached out to say that had sold out of goods while participating.

She hopes guest will “find everything they want and need” this weekend and have an experience that will lead them to the next event.

Hutchinson said one of her goals is that every participating business see increased revenue ahead of the holidays.

“I know Black Friday is when the big retailers take over, so I wanted to do something for the small black businesses before then,” she said.

The event will be from 12 p.m. to 4 p.m. Guest can register for free via EventBrite .