This weekend: a show and discussion focused on the evolution of Black art 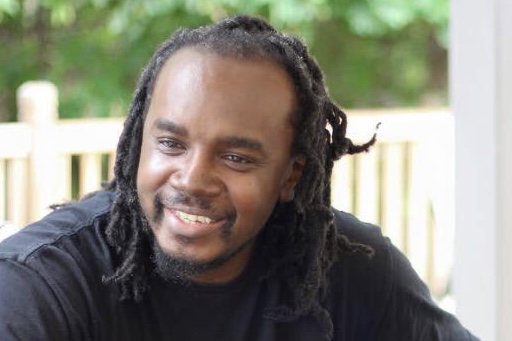 This weekend: a show and discussion focused on the evolution of Black art


As a kid in the 1970s, Wolly McNair would often sit with his great grandmother and watch episodes of “Good Times.” He found an interest in the artwork on the show and realized that it was created by Ernie Barnes, a Black artist from North Carolina.

Barnes is best known for his large-scale paintings of social and sporting events. His work was among the first to show a positive depiction of Black culture, influencing a generation of Black artists to follow.

“It kind of blew my mind that there was somebody Black making a living doing art,” McNair, a Charlotte native, told QCity Metro. “It was a concept that hadn’t been introduced to me.”

Now, an artist himself, McNair reflects on his own work and his journey as a Black creative.

On Sunday, the Harvey B. Gantt Center, in partnership with Blumenthal Performing Arts, will host “Art Up in Your Face,” a pop-up art show and panel discussion on the evolution of Black Art.

McNair, alongside Carla Aaron-Lopez, Dammit Wesley, DeNeer Davis and Makayla Binter will be featured artists in the event.

Each artist will display unique work and discuss the influence of Southern Black art in history and culture.

McNair, a digital artist, said he struggled to gain acceptance in the art world because of the style of his work.

“There was a point in time when digital art was hard to even get into a gallery,” he said. “If your work was viewed as being digital, it wasn’t respected by certain people.”

McNair said he and other digital artists would host their own shows to get exposure but didn’t get the recognition received by traditional Black artists.

“I remember being told that my work wasn’t Black enough because I wasn’t showing just people in Africa or people with Afrocentric elements,” he said.

McNair said as the art community has become more inclusive, he has displayed his work at a number of exhibits across the state and partnered with major brands, including Nike.

He has also illustrated 15 self-published books and a number of comics and graphic novels.

McNair said this weekend’s event is important in showing the community that Black art expands its traditional history.

“Black artists are not all the same. Even though we may have similar influences, how we tell that story can be different,” he said.

Influencing the next generation

According to the National Museum of Women in Arts, women produce just 3% to 5% of the art in permanent collections of major U.S. museums.

Carla Aaron-Lopez, a Black woman artist, knows that she is part of a smaller minority.

“There is a glaring majority of white men in the art world and less than 10% of women across the board,” she said. ” When you break those numbers down, Black women are a very small percentage of that.”

Despite those barriers, Aaron-Lopez, an abstract artist, has participated in exhibitions in cities including Atlanta, New Orleans and New York. She also has created a number of murals throughout Charlotte.

A middle school art teacher, she wants her art and career to influence the next generations of Black women artists. It wasn’t until she curated an exhibition at the Mint Museum last year, she said, that she realized her work was already making an impact.

One of her portraits, which featured a young, Black girl, caught the eye of some of the guest.

“I had kids coming up to me saying, ‘I like this work of art because it’s a girl in it that looks like me,’” she said.

Aaron said experiences like those create a better appreciation for Black art and its history for adults and children.

“The more Black artists are able to engage with our local communities, the more change you’ll just see on how we view ourselves as Black people and have a great understanding of our story at its different levels,” she said.