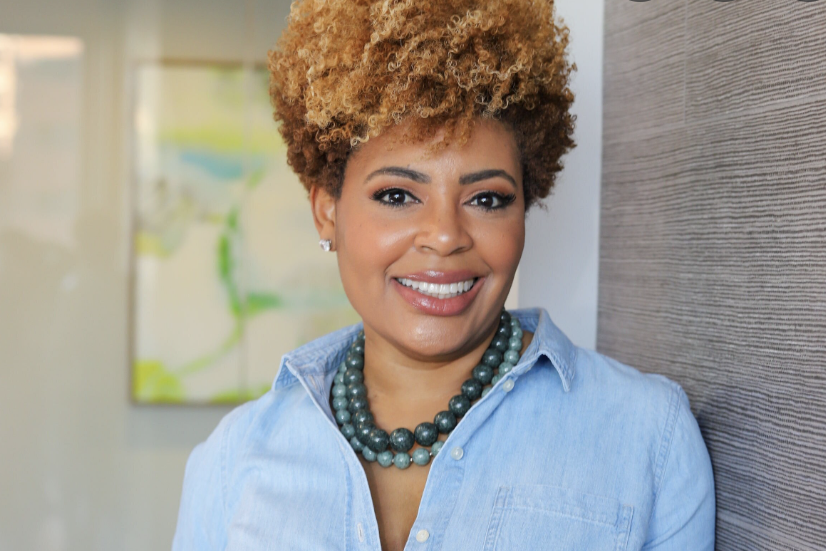 
Samara Davis is a “history geek” with a deep love and appreciation for Bourbon. Six years ago she founded the Black Bourbon Society with the goal of bringing together Black bourbon enthusiasts from all over.

This weekend, the Black Bourbon Society will stop in Charlotte for the 2nd Annual Open Tour. From Thursday through Saturday attendees will be able to connect with other Black businesses, spirits enthusiasts and more.

QCity Metro sat down with Rivers to talk more about the Black Bourbon Society and what people can expect when they stop by.

The answers below have been edited for brevity and clarity.

What inspired you to launch the Black Bourbon Society?

I realized there was a lot of lack of diversity in the spirits space. I was looking for people who looked like me to drink bourbon with and I didn’t really feel like I fit in, but I really love bourbon; I really wanted to do something. So I decided to create to bourbon society to find my tribe. Folks who looked like me and enjoy the premium spirits and who really loved bourbon.

Black bourbon society is twofold–  first, we develop and cultivate this amazing community of primarily black bourbon drinkers from across the country. Secondly, we’re also working with the brands on how to be more diverse and inclusive, and how to genuinely connect with consumers of colors.

Can you share more about the connection between bourbon and the Black community?

As with many things, African Americans have always played a major role in the foundation of [bourbon].

It’s not documented as it should be, but we know that African Americans have played an integral and a tremendous role in contributing to this whiskey industry, the bourbon industry in this country.

Some of that also dates back to some of the practices like out of Tennessee, even where you have a whiskey maker that will strip their distillate through maple, charcoal filtration. That’s a West African practice. People would cleanse their water and will cleanse your food by running it through your whole maple, which pops up in the whiskey industry as well.

We’ve been contributing to this since the very beginning. And we’ve never been acknowledged for it.

Does that tie into what draws you to bourbon?

I am a history geek. I love the stories about how the bourbon is made.

There’s also the science behind it–  the whole process of taking raw materials like corn, barley, and rye and mashing them, cooking them down, putting in the sugars to be released, putting yeast into the water, and turning it into a beer and then distilling it. Then it magically becomes this brown and it’s got all these different flavors.

There’s a chemistry behind it; that really means a lot to me.

You’ve been to several cities, what drew you to Charlotte?

Our members. We’ve got such a big base here in Charlotte. They were just begging us to come to Charlotte; we couldn’t turn it down.

We wanted to satisfy the requests of our members and we love coming to Charlotte. This is such a beautiful community of black bourbon drinkers.

The energy around this weekend in Charlotte is amazing. It is the midway point of our campaign and so far it’s gotten the most buzz out of the entire country.

How would you describe this event?

Open Doors is all about supporting Black-owned bars and restaurants and getting the community out to have a cocktail with [Black Bourbon Society].

We’ve always had our doors open, we’ve always welcomed everybody right on in. You know, you could be black, white, whatever, it doesn’t matter. We provide that southern hospitality.

The main mission is to support these establishments. So we really want folks to come out, buy the food, have extra cocktails, and show love to our chosen venues with financial support.

How did you decide on these venues?

It’s really important for our chosen establishments to have a license and have actual liquor there, which honestly, it’s really hard to do.

The four events for the weekend are described as four different moods. What makes them distinctive?

The first event is more of an industry insider. So it’s going to be an educational lunch and learn event. It’s just to give our black bar trending community some love here.

The second event is more of a formal sit-down dinner. We’re also going to have some conversations about how we as a community can continue to really support Black-owned bars and Black-owned businesses.

The third event is a fun after-work event that will have DJs where you can meet people in your area, so it’ll be more networking.

The fourth event is our day party. It’s the Fourth of July so we’re going all out.

We’ve got a battle of the DJs. We’ve got slushies with Jim being floaters on top, we’ve got Domino’s, we’ve got spades. We’ve got food trucks. It’s just going to be like hanging out kickback with your cousins; it’ll be amazing.

What are you most looking forward to?

I enjoy doing these events because I get a chance to see the membership, and I get a chance to meet a ton of people. I also get a chance to convert non-bourbon drinkers. But for the overall campaign, the thing that really just makes me happy is knowing how we use this campaign to support Black-owned businesses.

During the campaign’s entirety, we will support 20 businesses and 20 bars and restaurants across the country. We also have our vendor list of about 65 to 75, African American vendors that we use to also do this.

When we look back and compare how much we spent with how far the dollar went, we see the actual economic impact on these businesses. That’s the best part for me.

The Black Bourbon Society will host four different events this weekend at different venues. For price information, start times and addresses check out more information on the website.