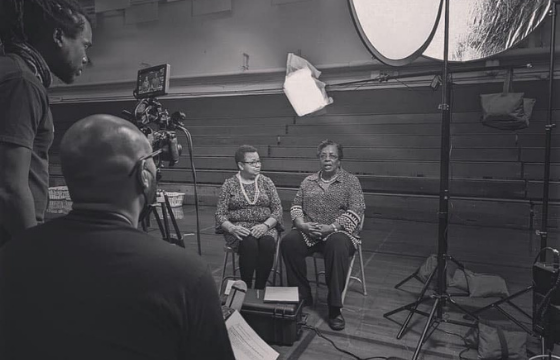 
Much of Black history has been unaccounted for and is continually being erased.

Even in Charlotte, many have long forgotten the historical contributions of Black people in what is now the city’s east side.

An example of this can be found in Lawrence Orr.

Lawrence Orr was the naming inspiration for both a street and elementary school in Charlotte but little information is publicly known about his life and contributions to the city.

Orr, the child of formerly enslaved people, learned the value and significance of land ownership from his father and later became one of the few Black landowners in Mecklenburg County.

Details about his life and work have only been properly maintained by his descendants, who are now on a quest to preserve and share his legacy with the world through a recently completed documentary.

Orr’s family has been the primary keeper of his legacy and records.

Judy Orr, 70, is one of Lawrence Orr’s living grandchildren and is contributing her knowledge to the documentary.

Judy has compiled information over a number of years, although it has been no easy feat.

“Unless there are people like myself, or my cousins telling these stories, researching the information and finding the confirming documentation, we don’t really exist,” Judy told QCity Metro.

The Orr family begins with Ben Orr, who was an enslaved Native American, and his spouse, J. Orr.

According to her knowledge, articles that were written about her grandfather identify him only as a “negro man” and don’t include his Native American heritage.

Claudia Stack, historian and co-director of the film, also understands the importance of sharing information about Lawrence, noting that sources she used did not have much to say about him.

“This systemic racism meant that a lot of times, people were either lumped together or it wasn’t seen as important, necessarily, to note individual names” Stack said.

“That kind of thing is a barrier to research sometimes.”

Rosenwald Schools, funded by philanthropist and businessman Julius Rosenwald, were built across the segregated South in the 1920s and provided Black children with education because they were not allowed in white-only schools.

From then on, Stack recovered information on not only Orr’s creation of the Clear Creek Negro School, but of his rich community involvement and leadership.

Attempts to preserve a legacy

Although Orr is not remembered publicly, family members have done their best to preserve his legacy.

Alphonso Maxwell, who is one of Orr’s late grandchildren, petitioned to have his grandfather’s house preserved in 2014.

The application was rejected by the Historic Landmarks Commission.

All that remains of the original home is the chimney, although the land is still inhabitated by the Orr family.

However, CharlotteEAST, a nonprofit that serves east Charlotte, recognizes the Lawrence Orr home as “potentially eligible to be designated as [an] historic landmark.”

Few places to be found

Many public records recycle the same information about Orr.

QCity Metro reached out to the Harvey B. Gantt Center, the Charlotte Museum of History and CharlotteEAST who had little-to-no information on Orr.

Many provided the petition that was sent to the Historic Landmarks Commission but were not able to provide additional information.

The Robinson-Spangler Carolina Room at the Charlotte-Mecklenburg Library had a clipping from Orr’s obituary and a newspaper clipping mentioning his home that caught on fire.

QCity Metro also reached out to local historian Tom Hanchett who could not provide any details on Orr.

According to Hanchett, Black people were not identified as real people, and therefore, were not documented.

Hanchett also noted that much of what used to be written in newspapers focused on cities and villages rather than rural areas. What is now east Charlotte would have been considered rural at that time.

“When somebody did something cool, they would submit it to the newspaper,” Hanchett said.

“Folks in the country did much less of that.”

Newspapers by Ancestry, a dated newspaper source, also had limited information on Orr and only discussed his death in 1946.

Digital NC, a digital archive for dated newspapers, had no information on Orr.

The search even included articles from the Charlotte Post, a black-owned publication founded in 1878, that would have most likely written about him.

Ultimately, Orr’s history has been largely unaccounted for which speaks to the deeper issue of Black history continually being erased.

With the lack of historical information on their grandfather, Orr’s grandchildren want to ensure the history that is told is accurate.

On Nov. 3, a private documentary screening, detailing Lawrence Orr’s life and history, will be held at Lawrence Orr Elementary School.

The family is collaborating with Stack and local documentarian Frederick Murphy to share their knowledge and experiences of Orr.

As of now, the family is limiting the information shared until the documentary has publicly premiered.

“It’s kind of just allowing them [Orr’s grandchildren] the opportunity to self-reflect and say that after over 100 years, this land is still in our family and community,” Murphy said.

“And this is a way that we want to have our own little special celebration.”

For now, people can learn some information about Orr’s legacy through what is available at the public library and await more details shared in the documentary.

Public screening dates will be released in the near future.