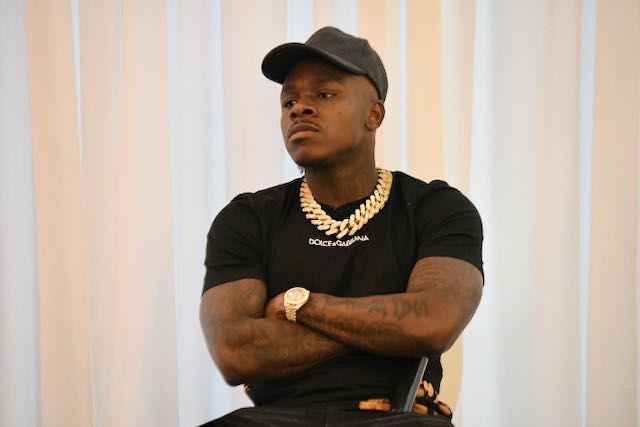 
Social media was abuzz last week after Rolling Stone published an “exclusive” video that appears to show Charlotte-area rapper DaBaby shooting and killing 19-year-old Jaylin Craig during a dispute outside a Huntersville Walmart in 2018.

Well, not so fast.

While the video does offer the public a first-time look of the shooting, it changes nothing in terms of criminal liability, according to the Mecklenburg County district attorney’s office.

The rapper, whose real name is Jonathan Kirk, has long maintained that he killed Craig in self-defense, and the D.A.’s office did not charge him in the killing.

That decision was reaffirmed Monday in this statement emailed to QCity Metro from the D.A.’s office.

The District Attorney’s Office reviewed the police investigative file and agreed with the Huntersville Police Department’s decision not to charge Mr. Kirk further as prosecutors could not prove beyond a reasonable doubt that the defendant did not act in self-defense.”

So what does the video show?

It shows DaBaby talking to Craig and another man, Henry Douglas, where the rapper appears to be the aggressor. It shows DaBaby throwing a punch at Douglas and the two men tussling.

During the altercation, Craig is seen pulling out a gun. DaBaby’s then-girlfriend, Mariah Osbourne, confronts Craig and is shoved away before DaBaby pulls out a gun and fires a shot at Craig, who was 19 years old.

The Mecklenburg D.A.’s office confirmed to QCity Metro that it reviewed the video as part of its 2018 investigation. DaBaby and Osbourne told investigators they saw Craig’s gun, supporting his claim of self-defense.

Despite avoiding a homicide charge, DaBaby was charged with carrying a concealed gun, a misdemeanor. But that charge was initially dropped after a key witness failed to show up in court.

In June 2019, DaBaby was recharged and found guilty of the misdemeanor. He was sentenced to 30 days in the county jail, but because he already had completed 12 months of unsupervised probation, he was able to avoid jail time, the DA’s office told QCity Metro.

“I feel like they just swept it up under the rug,” Craig’s mother, LaWanda Horsley, told Rolling Stone. “He (DaBaby) knows what he did. I’m not doing this for no fame or anything, because at the end of the day, Jaylin Craig is gone.”

Horsley told Rolling Stone that she and her family will continue defending her son’s name. Meanwhile, she said, the family hopes that a private investigator will look into how the case was handled and get DaBaby charged with homicide.

Since the 2018 shooting, DaBaby has become a big name in the music industry, but trouble seems to follow the eight-time Grammy-nominated artist.

In January 2020, he was arrested for allegedly robbing and assaulting a concert promoter for shortchanging his pay. That March, he was seen on video smacking a woman in the face for trying to film him at a club. Later that year, he was arrested and accused of punching a Miami club promoter in the face.

In February 2022, he was caught on video throwing a punch at Brandon “Bills” Curiel, the brother of his former girlfriend, musician DaniLeigh, at a Los Angeles bowling alley.

Most recently, the rapper was involved in a non-fatal shooting on April 13 outside his home in Troutman in Iredell County.