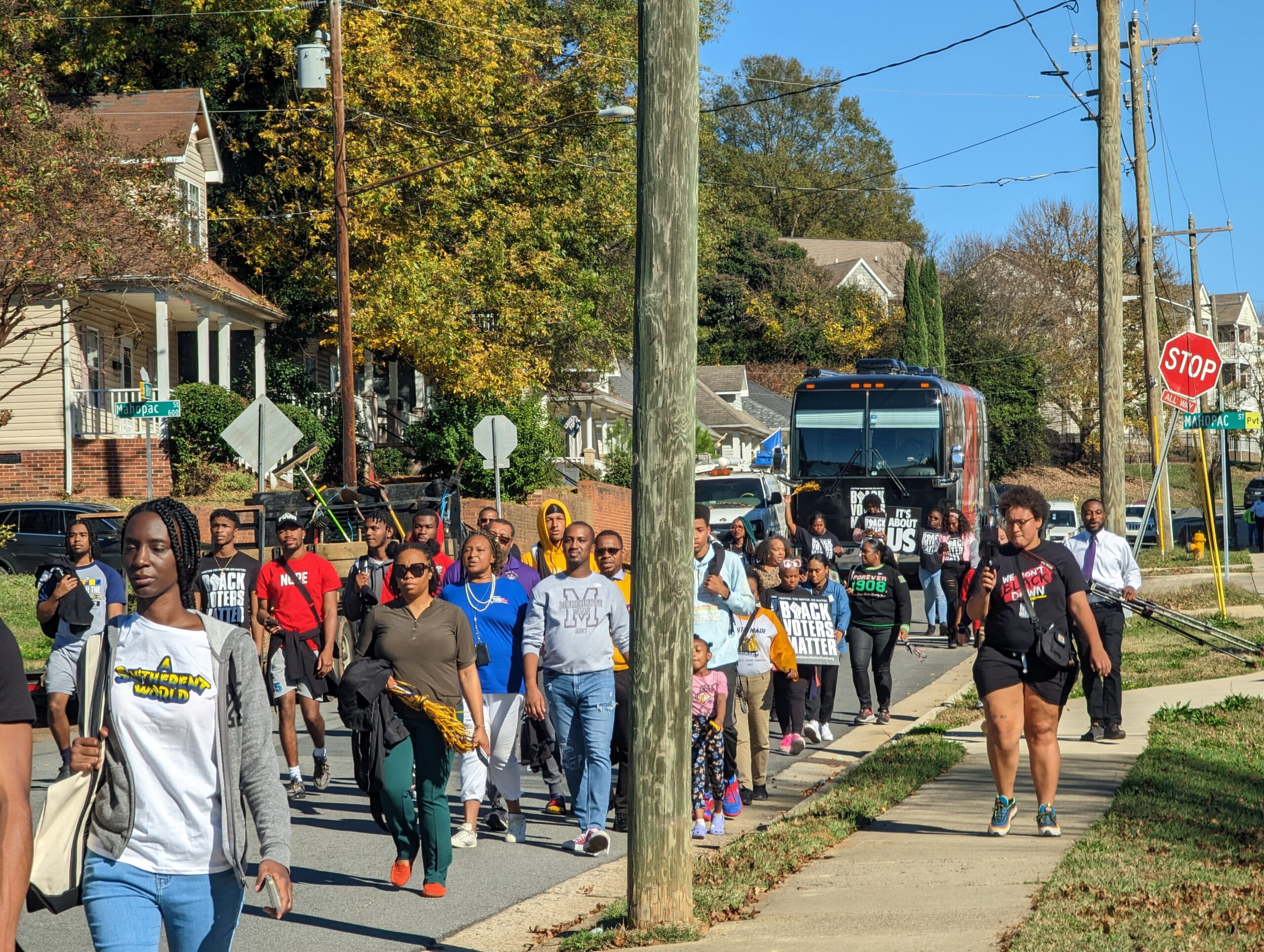 
On Election Day, millions of people across N.C. headed to the polls.

In Mecklenburg, more than 300,000 registered voters cast their ballots at local polling places.

QCity Metro spoke with people at polling sites to learn which issues were most important to them and how they were feeling about Election Day.

Francis Ross couldn’t help but smile as she walked out of the polling site at First Ward Creative Arts Academy with an “I voted” stuck to her thumb.

Ross, 73, had initially planned not to vote because she feared she would have trouble understanding the machine. She decided to vote anyway and says she doesn’t regret her decision.

“The machines were very good, simple and easy, so I’m glad to vote,” she said.

A lifelong Charlotte resident, Ross said she didn’t know who to vote for.  She, like many others, has lost trust in local politicians for failing to fulfill campaign promises over the years.

She said that the trust can be regained if politicians make greater effort to get to know people in all parts of the community.

“They need to come out into the world and get from behind those desks and get out in the street and mingle with the people,” she said.

Like Ross, Arneichia Green wasn’t planning to vote. She said she doesn’t believe politicians are “working on the behalf” of people who are struggling most in the community.

She has lived in the First Ward area for over 20 years. In that time, she’s seen the city support the development of upscale apartments and luxury hotels, but says they’ve failed to address homelessness and affordable housing.

Green said affordable housing is an important issue that needs to be addressed, especially for low-income families with children.

The two believe issues like these often go “overlooked” because so many people don’t participate in midterm elections.

“I talked to a lot of people that say they only vote in a presidential year,” Evans, a former superior court judge, said. “They don’t understand that their lives are impacted by things that happen locally by local leaders.”

Christopher Peake, a Charlotte native, has seen the city change and been able to witness what he says is suffering by the Black community because of gentrification.

He believes lack of knowledge about the election contributes to these changes.

“When you want to fight, it’s too late,” he said, “because the fight started years ago.”

“We have to get people together to understand their voting matters,” he said. “ They need to know that their vote means something.”

A ride to the polls

Saba, who works as an Uber driver, took advantage of the need for rides on Election Day.

In his first ride of the day, he dropped off a voter at the polling location. He said it “felt good” to bring a passenger out to vote.

This wasn’t Saba’s first time driving Uber on Election Day, but he’s noticed a significant uptick in ride requests this midterm compared to the last election.

“People are eager to vote,” he said.

The group gathered in front of Biddle Hall Tuesday afternoon to march to a local recreation center to cast their votes.

As they walked, they chanted together, “we won’t Black down” and “these are our streets.”

“The Black vote is the most important vote in our community,” said Essence Winston, who is this year’s Miss Johnson C. Smith University.

“Our ancestors fought so hard for us to have the opportunity to vote, so it’s really important.”