Who are your ‘men of change?’ The Queen City answers 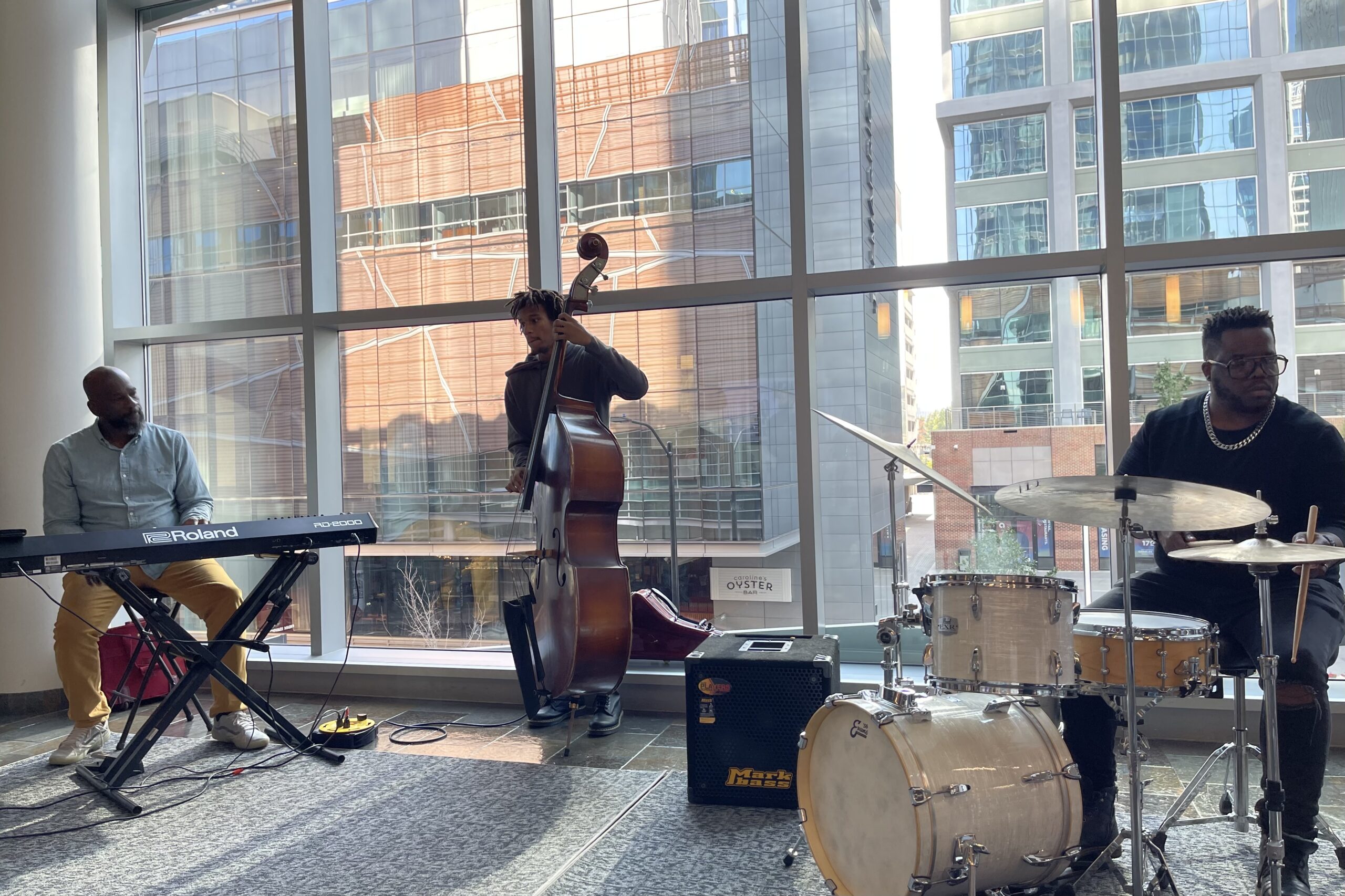 Who are your ‘men of change?’ The Queen City answers


A new, immersive museum exhibit honors revolutionary Black men. Though the media has often spotlighted Black men for the wrong reasons, this exhibit hopes to change that narrative.

“They are icons often rendered invisible by a country, yet uplifted by a culture” reads a line at the Harvey B. Gantt Center.

Portraits of Gordon Parks, Romare Bearden and Michael Jackson stand at the center of the room. A long list of names are written in black on one of the white walls. A few names look familiar.

Men of Change, a Smithsonian exhibition that travels throughout the United States, celebrates Black men who have blazed trails and become inspiration for others.

Currently housed at the Harvey B. Gantt Center as well as the Levine Museum of the New South, the exhibit will remain in Charlotte through early March 2023.

Charlotte is the first city to have the exhibit divided between two museums, furthering its visibility and expanding its local audience.

QCity Metro asked some of the attendees, “Who are your men of change?”

“There are two,” Michael Garcia said. “Number one, Roberto Clemente. He taught me to always make sure people respect my name.”

Garcia is a Charlotte-based author and playwright who encourages everyone to visit “Men of Change.” He says the exhibit illustrates that Black men are capable of anything, despite limitations that are placed on them.

“Some of the issues that impact us as people of color are very serious and we have to be able to, in our own space, change the world around us.”

Garcia’s second inspiration is American playwright August Wilson, who has been called the “theatre’s poet of Black America.”

“August Wilson has set the template for us as playwrights [on] how to write our stories, our way, and in our own voices.”

Harvey Cummings performs with his saxophone throughout North Carolina and has been playing since he was in middle school.

When he was a sophomore at Northwest School of the Arts, he joined the West Charlotte High School band because he needed additional inspiration.

Wright, then a recent Florida A&M University graduate, had pledged Alpha Phi Alpha, which Cummings said, inspired him to pledge.

“He taught me how to arrange music and how to really be a leader of the band,” Cummings said.

Cummings also feels that his time at West Charlotte gave him an opportunity to genuinely experience Black culture.

“I got built there,” Cummings chuckled.

Embracing who I am

“I will start with the men in my family,” answered Jackie Montague.

Montague named her older brother, who is 13 years her senior, and her 91 year-old father.

Both men were engineers who showed Montague how to carry herself.

Her brother taught her how to simplify life while her father demonstrated what it means to have a strong worth ethic.

Clarke is most notably known to have altered the way African history was studied and taught, according to Black History Month 2022.

“His history and tying it all in today in how we should view ourselves as people who originated from the Motherland, was very instrumental in how I had pride in myself as well,” Montague said.

“To be a Negro in this country and to be relatively conscious is to be in a state of rage almost, almost all of the time,” James Baldwin told a radio host in 1961.

Murphy is a licensed therapist by day and a documentarian by night.

His work amplifies the voices of the Black community and Indigenous peoples and sheds light on environmental issues.

The 43 year old says that Baldwin has inspired much of his work and is a model for how he governs himself.

“His uncanny ability to be free and liberated,” Murphy said. “He says what’s on his mind and he’s very eloquent about it. It’s relatable for people regardless of what education level you are.”

The Rev. Fred Shuttlesworth, who was a Civil Rights leader in Birmingham, Alabama, serves as empowerment for Murphy to stay true to himself.

Both men, Murphy says, have contributed to the stories Murphy has been telling for six years now.

“The unapologetic demeanor and way that these gentleman carry themselves, and women as well, really pushed me to speak my truth.”

Although he doesn’t have a relationship with him, Varnell Bien-Aime says Juan Goodson, a Charlotte chaplain, inspired him as he watched Goodson face adversity.

After coming to Charlotte from New York, Bien-Aime wanted more for himself.

He met Goodson after graduating from UNC Charlotte, which is when, he says, he began to really understand what it meant to be a man.

“I knew there was something different about his character,” Bien-Aime said with a reminiscent look.

“I realized it wasn’t about being perfect or having all the answers but about making choices and sticking by them, owning up to when you do make mistakes, and continuing to be consistent and persevering.”

He met Singleton, who was a keynote speaker at the time, while he was a student at UNC Charlotte.

After crossing paths with Singleton years later and seeing that he was still a keynote speaker, Bien-Aime understood what it meant to be dedicated and consistent.

“If you’re going to be in the business of being in people’s lives, the most important thing is for one, you show that you care,” Bien-Aime said. “And that you’re being consistent enough to be present.”