With Deshaun Watson, the Panthers would become Super Bowl contenders. Here’s why 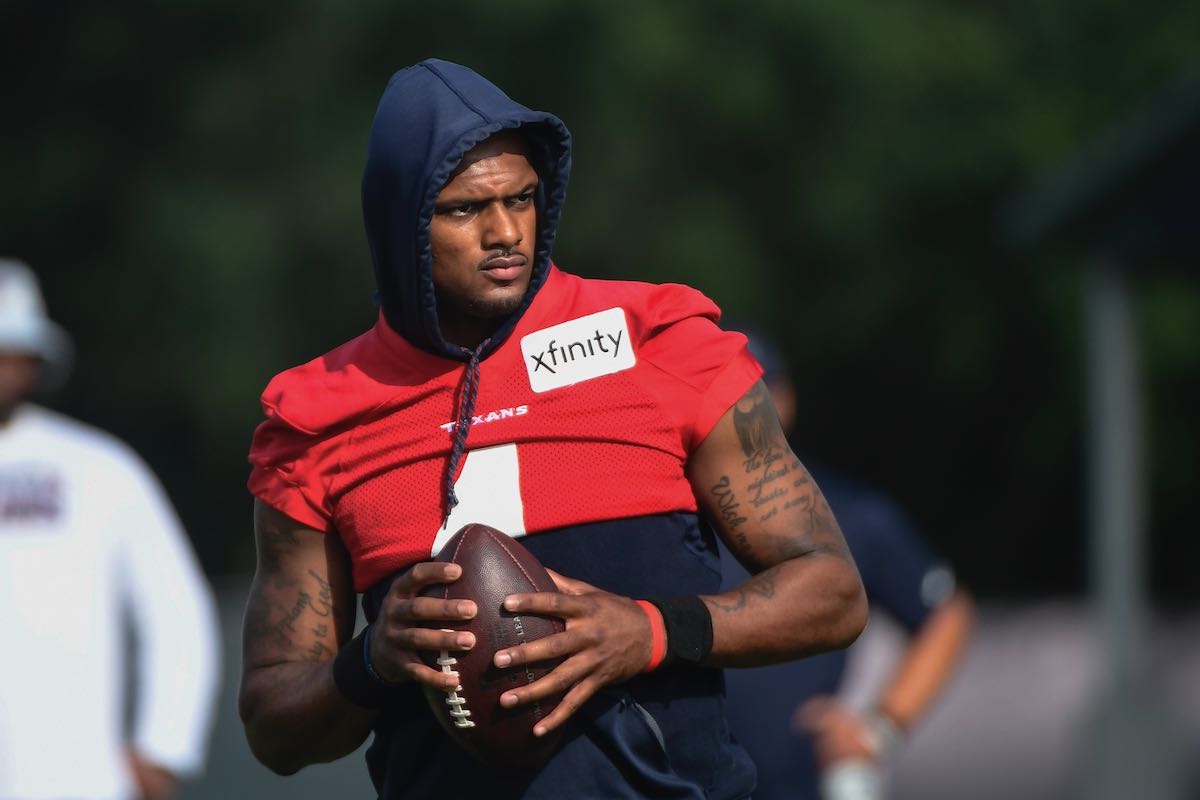 With Deshaun Watson, the Panthers would become Super Bowl contenders. Here’s why


The Deshaun Watson sweepstakes have been heating up in recent days, and the Carolina Panthers are in the hunt to trade for the Pro Bowl quarterback.

The Panthers join a list of teams eager to work a deal with the Houston Texans for the 26-year old signal caller. Watson’s contract includes a no-trade clause, so he will get the final say about where he lands.

If Carolina can entice Watson to Charlotte, the team becomes an immediate Super Bowl contender.

The past two seasons have shown that, despite a dismal win-loss record, the Panthers are a promising team.

While the defense did its part to win games, lackluster quarterback play costed the team more often than not.

Team owner David Tepper, after multiple failed experiments at QB, is ready to go all in on a franchise quarterback, and he’s had his eye on Watson since he asked out of Houston at the beginning of last year.

The Texans’ asking price for Watson — at least three first-round draft picks — could gamble away Carolina’s future, but the defending Super Bowl champion Los Angeles Rams proved last offseason that going all in on a quarterback can be worth the risk.

2. Best weapons in his career

Since entering the league in 2017, Watson has had only one receiver who consistently got 1,000 yards and earned Pro Bowl selections, and that was Deandre Hopkins.

Having Hopkins as his go-to option earned Watson over 9,000 passing yards and two Pro Bowl selections. Even in his lone season without Hopkins, Watson led the league with 4,823 passing yards.

The Panthers offer an upgrade with two receivers — DJ Moore and Robby Anderson –each capable of getting 1,000 yards.

Watson saw success with running backs Lamar Miller and Carlos Hyde, but neither can compare to a healthy Christian McCaffery, who can be a quarterback’s best friend in the running and passing game.

If Carolina can continue to bolster its offensive line, Watson will have the tools to do something neither he nor the Panthers were able to do the last time they touched the field: win.

It’s no secret that Watson is popular in the Carolinas. The former Clemson quarterback led the Tigers to the national championship in 2016 and 2017, with a victory in the latter.

The Panthers were one of a few teams willing to make a trade for Watson despite his legal issues — more than 20 women have accused him of sexual assault or harassment — but he refused to waive his no-trade clause. He now appears more open-minded about a return to the Carolinas after accepting a meeting with the team on Monday.

The Charlotte Observer, citing a source with direct knowledge of the situation, reported that the meeting went “great.”

Having Watson at Bank of America Stadium would not only re-energize the team’s disgruntled fan base; it also might supply what the Panthers need most in its illusive quest for a Super Bowl title.